This planet we call home is often described as “Mother Earth.” Spirits and gods of many other cultures are typically women. If land can no longer sustain growth, it is considered “barren,” a label often put on females who cannot bare children. It is not surprising that it took so long for ecofeminism to emerge as an ideology when women themselves had so far to come in order to construct it and put language and substance behind what they were feeling as a group. Some argue that women are more closely tied to the earth and natural cycles than men are, and I would agree. Our intuitions about child rearing, seasons, weather, and reproduction put us in a position where we have a closer bond with our “mother earth.” This has no doubt been a truth for all the time that humankind has existed. Women’s close connections with the natural world put them in a position where, during the Industrial Revolution and other technological booms, they had a deeper understanding of the ecology of the world but were not given the chance to give their opinions or suggestions because they were living in a time when man’s thoughts trumped all else. If women had as strong a voice in previous centuries as men did, there is no doubt that our world would be in a lesser state of environmental destruction than it is now. 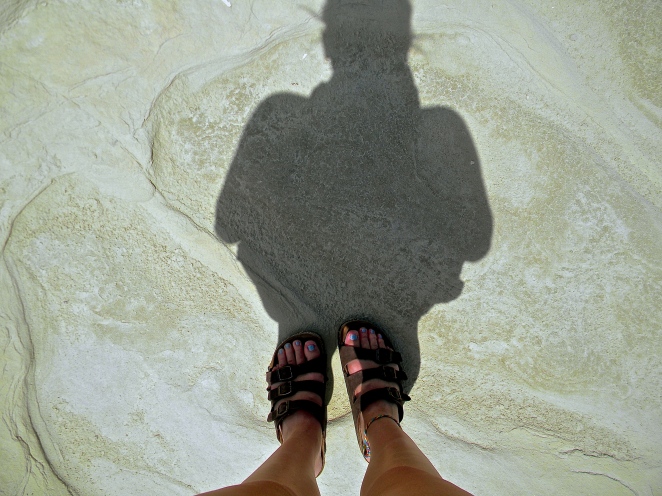 Women’s intuition is something of a myth, but it holds merit, especially in the community of environmental justice. Women more often than not head environmental protests, and far more than 50 percent of environmental activists are female. Their strong connection to this specific cause must come with reason. We currently live in a time period titled the Anthropocene because of our actions, which dominantly communicate a human-centered world, but I think this label belongs more to men than the entire human race. It is a long-living stereotype that women always put others needs before their own, while men are much more likely to help themselves before helping others. These two insights correlate well with the facts above, showing that the Anthropocene may be caused far less by women than men. Women also spend significantly more time in the home (in general) using cleaning supplies and other products whose makeup can significantly harm them or their families, and so they are more directly exposed to the consequences that environmentally unsafe and are therefore more likely to have strong opinions about those products and the development of alternatives that are not only safer for their families but also the earth. While these revelations are happening in the home, men are, in many cases, the ones working in offices dealing with only theoretical benefits and consequences of products without seeing them in action. The passion of environmental activism comes with viewing concrete examples of atrocity that could be avoided, but weren’t because of unknown risks, carelessness, or both. It is important to note that men and women can both be in the opposite positions, thus possibly contributing to the explanation of why it is not 100 percent men or women who are concerned with these issues. The female psyche puts so much trust in the instincts of each individual woman, that it is difficult to ignore when women, and so many of them, feel that the earth is being oppressed in the same way that they were for so many years, and feel the need to speak up so that others will not go through the same struggles as she, or at the very least be helped through it.

Native American tradition across the country and globe often place higher powers in the hands of women, and seem to have great success in doing so. Placing women so close to nature and utilizing their relationship as a model for how to behave, those with goddesses and concrete traditions laced within the changing seasons seem to have a more sophisticated grasp on what is important when interacting with the natural world. Juxtaposing two commonly oppressed groups and allowing one to speak for the other who cannot, but does, in many ways, understand the root of their struggle and mistreatment allows for enlightenment of others in deep and moving ways. Although there is still often a hierarchy within each tribe or family, the conditions of the natural world and its changes are repeatedly put in the hands of the women, and not only because of their closeness in oppression. In addition to their collective struggle, the women of the tribes, were, traditionally, the gatherers and the ones who worked the land – their understanding of seasons and conditions in order to do that well had to be impeccable. While hunting also requires these skills, it is to a lesser degree but hunting is also seen as the more “manly” activity and giving more nourishment that gardening, so glory is often put to the men.

The idea of glory is also interesting to dissect here. Women often work with little or no praise, no thank you’s, no recognition for their hard work, that without, the world would be a completely different and utterly chaotic place. Men, on the other hand, are often honored for their work and ability to raise a family or buy a house, when it is really his partner who is doing the brunt of the work to maintain the family and the home while he is spending time at work or engaging in leisure activities because he has been “working so hard” while his wife never gets a break. This parallels with nature. Man gets all the glory of what is created in the wild, whether it be lumber, flowers, crops, or energy, but the earth is what made it all possible. The glory has been going to the wrong group for centuries, and has led to a dangerous imbalance that has allowed for the depreciation of nature and the power it holds over us even in the age of the Anthropocene.

It is important to note that these arguments are based on a theory that was developed in a time when women were still, for the most part, working in the home taking care of the children. While we have come a long way, there is room to grow, as this issue is not dissolving any time soon.

Historical connections between nature and women put in place an intriguing architecture from which to draw conclusions about oppression, objectification, misuse, and intuition. This new age, deemed the Anthropocene, along with recent theories about the connections between ecology and the feminist movement places pressure on us as a human race to adapt the ways we relate to both nature and women so that we can come out on the other side with a healthy planet while utilizing our intellectual resources to their fullest potential.